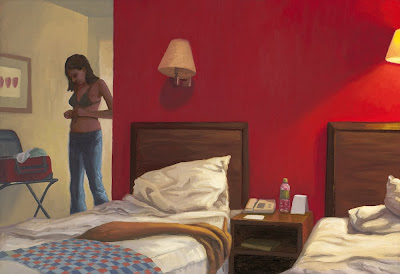 This new painting is called "London Hotel Room", 11 x 16 inches, oil on canvas. A couple of years ago, my wife Holly and I went to Europe, I did this painting from a snapshot taken of her in our room... we were jet-lagged on the first morning and woke up a little too early, plus we were excited to see the National Gallery.
This is the first time that I've included Holly in one of my paintings (although I have tried to paint her before). She's a nervous model, so I had to catch her by surprise when I snapped the pic. 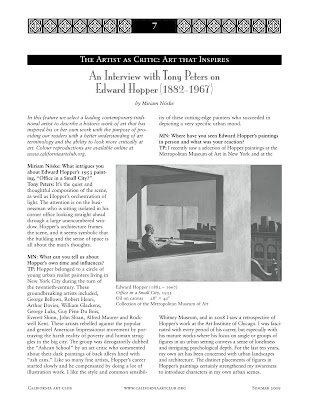 Also, I have an article in the California Art Club's newsletter for summer, 2009. It's called ... "The Artist As Critic, Art That Inspires" and it's titled "An Interview With Tony Peters on Edward Hopper". Written by Miriam Noske, I'm really proud of how it turned out. It is an articulate dialogue about my award winning self-portrait "Looking Inward", comparing it to an Edward Hopper painting called "Office In a Small City". You can read all three pages on my website... http://www.tonypetersart.com/enlarge/ca/1/ 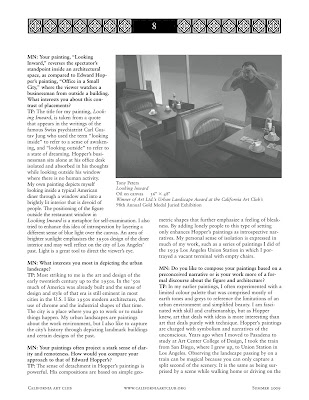 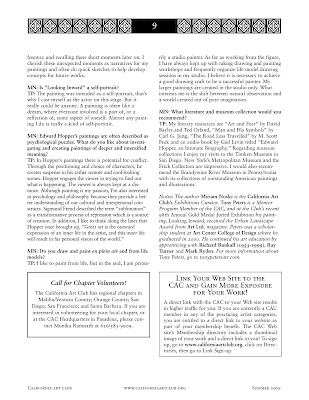 Posted by tonypetersart at 11:06 PM